Objective: Alzheimer's disease (AD) is a devastating neurodegenerative disorder, characterized by the extracellular accumulations of amyloid beta (Aβ) as senile plaques and intracellular aggregations of tau in the form of neurofibrillary tangles (NFTs) in specific brain regions. In this review, we focus on the interaction of Aβ and tau with cytosolic proteins and several cell organelles as well as associated neurotoxicity in AD.

Summary: Misfolded proteins present in cells accompanied by correctly folded, intermediately folded, as well as unfolded species. Misfolded proteins can be degraded or refolded properly with the aid of chaperone proteins, which are playing a pivotal role in protein folding, trafficking as well as intermediate stabilization in healthy cells. The continuous aggregation of misfolded proteins in the absence of their proper clearance could result in amyloid disease including AD. The neuropathological changes of AD brain include the atypical cellular accumulation of misfolded proteins as well as the loss of neurons and synapses in the cerebral cortex and certain subcortical regions. The mechanism of neurodegeneration in AD that leads to severe neuronal cell death and memory dysfunctions is not completely understood until now.

Conclusion: Examining the impact, as well as the consequences of protein misfolding, could help to uncover the molecular etiologies behind the complicated AD pathogenesis. 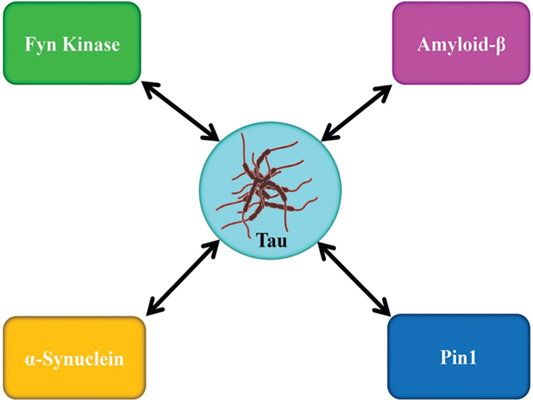