Drug Target Interplay: A Network-based Analysis of Human Diseases and the Drug Targets


Screening and identifying a disease-specific novel drug target is the first step towards a rational drug designing approach. Due to the advent of high throughput data generation techniques, the protein search space has now exceeded 24,500 human protein coding genes, which encodes approximately 1804proteins. This work aims at mining out the relationship between target proteins, drugs, and diseases genes through a network-based systems biology approach. A network of all FDA approved drugs, along with their targets were utilized to construct the proposed Drug Target (DT) network. Further, the experimental drugs were mapped into the DT network to infer the functional relationship by utilizing the respective network attributes. Similar to the DT network, a network of disease genes was created through OMIM Gene Map and Morbid Map, to link the binary associations of disorder-disease genes. In the proposed model of Human Interactome Network, shortest path length between the target protein and disease gene was used to infer the correlation between ‘Drug Targets’ and ‘Disease-Gene’. This network-based study will help researchers to analyze, infer and identify disease-specific novel drug targets through harnessing the graph theory based network attributes. 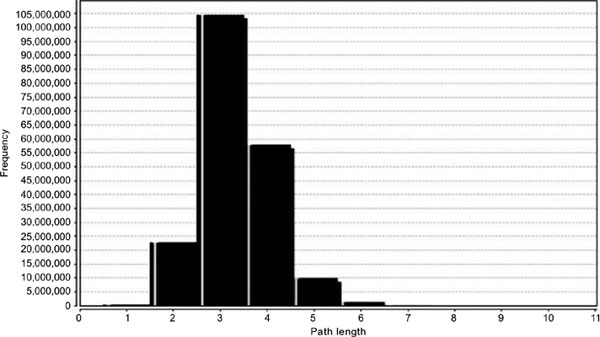