Blockade of the hERG potassium channel prolongs the ventricular action potential (AP) and QT interval, and triggers early after depolarizations (EADs) and torsade de pointes (TdP) arrhythmia. Opinions differ as to the causal relationship between hERG blockade and TdP, the relative weighting of other contributing factors, definitive metrics of preclinical proarrhythmicity, and the true safety margin in humans. Here, we have used in silico techniques to characterize the effects of channel gating and binding kinetics on hERG occupancy, and of blockade on the human ventricular AP. Gating effects differ for compounds that are sterically compatible with closed channels (becoming trapped in deactivated channels) versus those that are incompatible with the closed/closing state, and expelled during deactivation. Occupancies of trappable blockers build to equilibrium levels, whereas those of non-trappable blockers build and decay during each AP cycle. Occupancies of ~83% (non-trappable) versus ~63% (trappable) of open/inactive channels caused EADs in our AP simulations. Overall, we conclude that hERG occupancy at therapeutic exposure levels may be tolerated for nontrappable, but not trappable blockers capable of building to the proarrhythmic occupancy level. Furthermore, the widely used Redfern safety index may be biased toward trappable blockers, overestimating the exposure-IC50 separation in nontrappable cases. 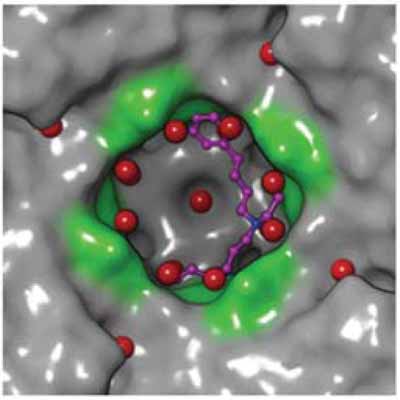