The nucleotides were discovered in the early 19th century and a few years later, the role of such molecules in energy metabolism and cell survival was postulated. In 1972, a pioneer work by Burnstock and colleagues suggested that ATP could also work as a neurotransmitter, which was known as the “purinergic hypothesis”. The idea of ATP working as a signaling molecule faced initial resistance until the discovery of the receptors for ATP and other nucleotides, called purinergic receptors. Among the purinergic receptors, the P2Y family is of great importance because it comprises of G proteincoupled receptors (GPCRs). GPCRs are widespread among different organisms. These receptors work in the cells' ability to sense the external environment, which involves: to sense a dangerous situation or detect a pheromone through smell; the taste of food that should not be eaten; response to hormones that alter metabolism according to the body's need; or even transform light into an electrical stimulus to generate vision. Advances in understanding the mechanism of action of GPCRs shed light on increasingly promising treatments for diseases that have hitherto remained incurable, or the possibility of abolishing side effects from therapies widely used today. 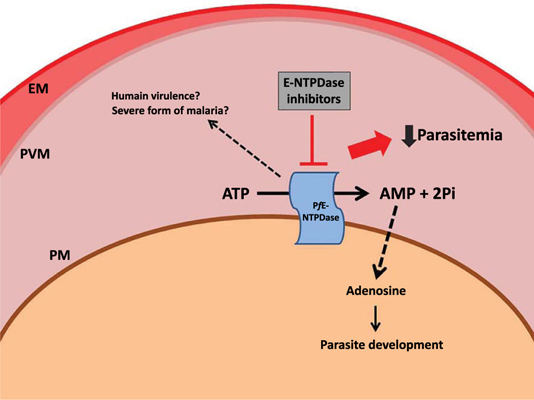